Last week I participated in the annual IODA-Conference in Turkey. IODA is the International Organization Development Association, an inspiring network of OD-practitioners, researchers, publishers and students from all over the world. During this conference participants from 21 countries were gathered. So diversity was a promise, while unity can sometimes be a question mark.

Full of fresh information, rich experiences and new –interesting- contacts I flew back from Istanbul to Amsterdam. In my lugagge a remarkable present from the organizing committee: a new –English- biography of Atatürk- The founder of modern Turkey. According to the organizing committee Atatürk is “the best role model” of organization development: “He was a foresighted leader who could pioneer the development of a country in every sense of the word, and you can be sure that the wheel he was turning is still turning…”. 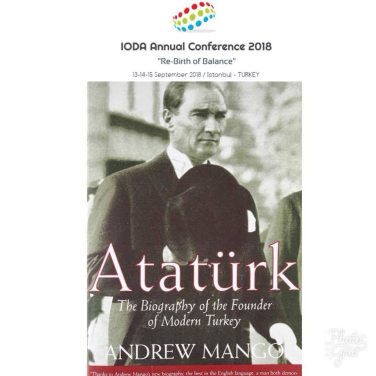 I gladly belief that Atatürk is still an influencial person in modern Turkey. You can already tell by the numerous portraits of him that even nowadays are hanging all over Istanbul. But as an inhabitant of a Western –and egalitarian- country like the Netherlands I also get quite suspicious when strong leadership is at stake. Certainly when this leadership gets mythical proportions. I decided to parc my (I agree, sometimes too) critical mind for a while, and took some time to dwell at what Andrew Mango, the writer of this voluminous biography, has written. And I asked myself: in what way can Atatürk be a role model for OD today?

Leafing through the book, a lot of complexities of this visionary, influential, and enigmatic statesman passed by. Then my attention was drawn to an intriguing title of a chapter in the book, called “The leader is always right”. There I read Atatürk’s personal philosophy, written down in 1926/7: “I have no religion, and at times I wish all religions at the bottom of the sea. He is a week ruler who needs religion to uphold his government; it is as if he would catch his people in a trap. My people are going to learn the principles of democracy, the dictates of thruth and the teachings of science. Superstition must go. Let them worship as they will; every man can follow his own conscience, provided it does not interfere with sane reason or bid him act against the liberty of his fellow-men”(p. 463).

Quite a strong statement of Atatürk. And yes, I do agree that these values are pivotal in OD too. But I cannot help to wonder: are they also central in today’s Turkey?

Posted in [Not Otherwise Specified]